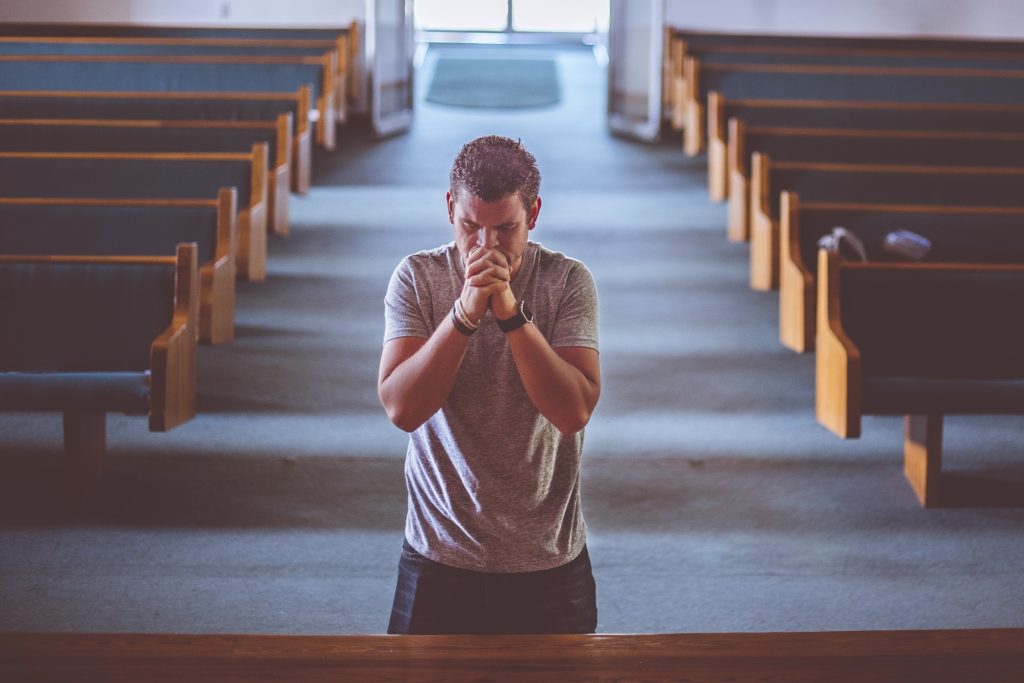 It’s the brainchild of two people who apparently have lots of time on their hands and a penchant for publicity stunts: artist Avery Singer, child of Ramona Singer, who seems to be someone on television, and Bay Area whiz kid slash former CEO of Augur Matt Liston.

Together at a conference at New York City’s New Museum, Singer and Liston unveiled 0xΩ. It’s a blockchain religion they invented.

Do we need a blockchain religion? Of course we do. Look at it this way: blockchain has always been a religion. Singer and Liston are just making it official—and, of course, decentralizing it.

Not a Critique of Capitalism, But…

“In our secular culture, we have sort of replaced religion with capitalism or, rather, this rampant consumerism,” Liston told Wired. “0xΩ isn’t a direct critique of that, but I think it’s definitely a clear point to make.”

Put that way, 0xΩ isn’t so different from the Church of the SubGenius, which satirizes everything on Earth to rough sketch a core dogma of meaninglessness and mayhem transcendable only by the attainment of ‘slack’. Or more recently, it resembles trends in chaos magick, which asserts that “nothing is true and everything is permissible.”

These anarchic belief systems (or anti-belief systems?) can be seen as responses to some of late capitalism’s gaping failures, namely the frenzied fervors of consumerism, epidemic feelings of void and alienation resulting from an absence of cultural roots, and the general collapse of institutional religion as a place to find any meaning or value.

From this climate emerges the great and terrible Dogewhal.

“We have this avatar I’ve created who is a narwhal with a doge head, a beret, tattoos, an infinity tail, an ethereum logo,” said Singer at the unveiling, while muffling laughter.

Is this a joke? Yes! Is there more to it than that? Also yes!

The rest of the crypto world takes itself so seriously, it can stand a little shake up from time to time. If nothing else, 0xΩ brings that relief. While ostensibly the meaningless antics of the clever, it could actually have some new ideas about how we approach belief systems, and some new applications of the block.

0xΩ is a custom religion, but it’s also a platform for existing religions. On 0xΩ, everyone in the religion has an equal say in which beliefs prevail, and what will be the content of sacred texts.

It’s a takedown of traditional hierarchies in which acolytes apply themselves to the instruction of a master who holds the keys to the kingdom, hierarchies which people are less and less interested in.

“We’re incentivizing mindsharing, and eventually mind upload to use consensus to form a structure of collective consciousness,” Liston said. This deliberate manufacturing of consensus reality, if it works, would make Peter J. Carroll proud.

Where Did This All Come From?

The name ‘0xΩ’ itself has gnostic overtones. The void, or the original nothingness, multiplied by the sum total of all material existence, signified by the character Ω. Nothing times everything. Whence comes the universe? From what void does it all spring? You could ask the same of Bitcoin, which spontaneously emerges from nothingness just as the universe did, or does, maybe.

He was pushed out of his position as CEO of Augur in a series of legal battles surrounding one of the world’s first ICOs. Augur, a betting tool that rewards users for correct predictions on elections, markets, or even the weather, seems an apt place to start for someone whose business aspirations seem to revolve around the ethereal nature of belief.

Regarding his approach to blockchain, Liston says “I’m obsessed and very driven by what these technologies can do, but I’m bored with it being a space that’s dominated by engineers and finance people.”

It raises questions like: Is a democratized religion even a religion? Do the people know best on matters concerning the secret laws of nature? What is the point of all this? The best answer to the latter is probably ‘well, what is the point of anything?’

Sure, 0xΩ may be dismissive of the cultural post that world religions occupy. It’s a bit like someone mouthing a bunch of gibberish and declaring they’ve just founded a language. But it disrupts the evangelical fervor of blockchain enthusiasts, and that, if nothing else, is a service to humanity.

It’s an important mission – women need to be involved in new technologies to bridge the gender wealth gap. According to NextAdvisor, compared to men, around half as many women are investing in crypto and even fewer — a meager 4-6% — are occupying jobs in the space.

“The early days of an industry are often when the fortunes are made — and those big winners typically influence the direction the industry goes in the future, from whom to invest in to what to build next,” says NextAdvisor writer Alex Gailey. “So now is the time for women to make their mark on the crypto industry and its future, and their absence now could diminish their influence — and benefits — in the long run, experts say.”

The project, which features original artworks by Amanda Beaton ,resembles a new-age Pokemon game. For .1 ETH each, people can purchase and collect Foxies with different levels of rarity. Down the road, Ashley plans to launch a Foxies “breeding” program for holders of two or more Foxies to mint new original NFTs. Each newly bred Foxie will kick off a scholarship for a deserving recipient.

“Showing women that they can bring their passions to new technologies and create space and wealth for themselves in emerging areas has been the journey of my career,” says Ashley. “NFTs are a digestible entry-point into the blockchain and I’m excited to see the impact that we can have with this program.”

(Disclosure: as the founder of The Block Talk, making the technology sector accessible for women and other marginalized groups is one of my goals. While I do not benefit financially from foxies.art, I have agreed to offer pro bono communications consulting and media partnership to help them realize their vision.)

Forbes is hoping to secure their place in the metaverse with the launch of their recent Virtual Billionaires NFT series.

The clever project, which launched to the public on the FTX exchange on April 13, features 100 fictitious billionaires with randomly assigned stock portfolios based on real-time NYSE pricing. NFT holders can follow daily on the Forbes Virtual NFT Billionaires List.

“We’re cementing our place in the Metaverse by launching these interactive collectibles that can be authenticated and traded on the blockchain,” says Forbes Chief Technology Officer.

And it’s a smart move. The synergy between media and the metaverse is more straightforward than it might first appear. When you think about the metaverse for its ability to immerse individuals and communities in context-rich spaces, it becomes a sought-after environment for communicating information and a playground for media creatives.

Moreover, it’s important to remember that the media is an advertising channel. The opportunity to glean user data in new and layered formats is exciting for future-thinking ad leaders. From Nike to Balenciaga, scores of brands have already invested in metaverse advertising. Media brands are shrewd to the position where their clients are.

Forbes isn’t the only media brand to launch an NFT series. Vogue Singapore, published by global media brand Conde Nast, launched a series of NFTs in September on the Binance NFT marketplace. Vogue Arabia followed shortly after with a Dolce & Gabbana NFT collection, which was available on the luxury exchange, UNXD.

What’s particularly interesting about Forbes’ series is the gamification of the NFT collection which lends to the metaverse ethos and signals an understanding of what NFTs can be in the future and how they can come to life in the context of a digital world.

After all, versions of the metaverse already exist in online games and younger generations are growing up socializing and purchasing in them. Forbes is just scratching the surface of what’s possible. Media brands that want to own younger audiences should be paying attention to how to utilize NFTs to engage audiences, build loyalty, and even establish new revenue streams for themselves and their advertiser clients.

Why Is Everyone Talking About NFTs? 51911

How to Mitigate Risk When Investing in ICOs 34713

5 Ways The Blockchain Is Revolutionizing the Art World 31749

Amazon Introduces a Service for Building Your Own Blockchain Networks 21902