According to figures released by Crypto Aware, a staggering $1.7 billion of cryptocurrency has been stolen since 2011. But what does that mean? Let’s give that number some context. When you consider that cyber crime in general cost the world some $600 billion in 2017 alone, the figure seems a little easier to swallow. But it still begs the question–is it safe to invest in crypto?

It would be a fool who followed the advice of even the most bearish of investors when it comes to the crypto markets, since investing in crypto is extremely problematic. With nine in ten ICOs floundering soon after launch and a recent study reporting that 81 percent of them end up as scams–the question is it safe to invest in crypto seems to be already answered.

Blockchain – The Most Secure Technology?

Paul Brody, global innovation blockchain leader at EY rather succinctly said, “If blockchains are so secure, it’s reasonable to wonder why you keep reading about all these big hacks and thefts and criminal activities… While blockchains are themselves very secure, they operate in an ecosystem that still has many weaknesses, including human error.”

Since hearing about the “immutability” of blockchain and then realizing that there are certain circumstances in which it is not, in fact, immutable, some things have changed. Blockchain is still generally agreed to be the safest technology we have. However, it’s still in its infancy and the secondary software, like wallets and exchanges, that are used with it are vulnerable to attack.

Is it Safe to Invest in Crypto? Case in Point – Coinsecure

Oh, the irony. That Indian exchange, “Coinsecure,” should announce on its website, “We regret to inform you that our bitcoin funds have been exposed and seem to have been siphoned out to an address that is outside our control,” should be enough to make anyone think twice. Nearly $3 million were stolen from its bitcoin wallet this month, the biggest theft in India so far. This will do nothing for its floundering virtual currency market.

The exchange that has more than 200,000 users that trade daily on its platform lost more than 430 bitcoins, stolen from a password-protected wallet.

Other parts of Asia have also suffered damaging blows, particularly Japan, whose exchanges were subject to a colossal theft, equalling $530 million.

But if Losing Money is Scary – What About Data Theft?

If Equifax and Yahoo are anything to go by, we’ve already had a taste of what it’s like when data gets stolen. So, when we hear bold claims about blockchains holding all our information and being impossible to tamper with–what’s to stop the cyber criminals from stealing those blockchains and holding them hostage?

One thing is very clear in this new horizon. Storm clouds can descend at any moment and you have to be prepared. Is it safe to invest in crypto? Perhaps that’s not the right question anymore. “Is the technology behind it going to be regulated? And, if so, how?” may be more pertinent to ask.

ICO investinginvesting in ICOsis it safe to invest in ICOs
Previous ArticleWhat is Ripple?Next ArticleMaking the Swytch to Sustainability 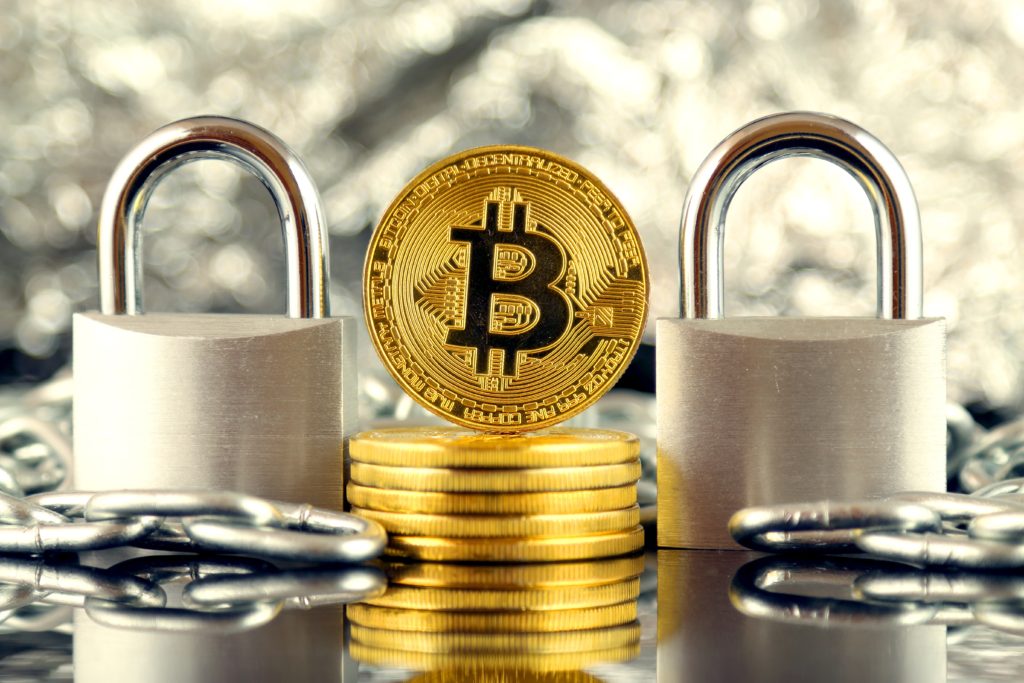 Even the most bullish commentators on the future of cryptocurrency and the rise of ICOs won’t be surprised to learn that the clampdown is coming. According to the Wall Street Journal, the ICO community is starting to feel the warm breath of the SEC on their necks. The commission is said to have “issued dozens of subpoenas and information requests” to companies that have raised funds through ICOs and token sales, as well as a number of prominent advisers.

What is the SEC Looking for?

Specifically, the SEC is currently requesting information. They want to know more about the sale structures and the presale elements involved. Some frowned-upon action has certainly taken place, including large discounts for investors with deep pockets, or for early adopters.

The amount of money raised by ICOs so far is simply astounding. In 2017 alone, almost $6 billion was raised in token sales, with a further $1 billion in the first two months of 2018.

The Need to Rein in the Wild West

So far, the financial world and regulatory bodies, including the SEC, have been lenient on ICOs, yet the cry for regulation has been heard on several occasions. There are plenty of opportunities for scam artists to steal investors’ money currently, and the galloping volatility of crypto has dented many an investor’s pocket. Regulation would perhaps be of benefit to all, provided that the SEC doesn’t clamp down too hard on this burgeoning area.

Regulation could also help to give credibility to cryptocurrency and extend its chances of being widely adopted. Pyramid schemes, such as BitConnect, would no longer be able to occur, and some standard practices would be put into place. This would also prevent anyone with an internet connection and a white paper from requesting funds, while separating the ICOs shrouded in marketing hype from those that have a viable idea and solid plan.

Currently, the SEC is looking into several token sales and will be watching out for any wrongdoing, although, no specific guidelines have been released as of yet. Many a tech team behind a high rise ICO will be watching in anticipation, as the SEC have already warned that security laws may have been violated last December alone.

Regulation is the Name of the Game for 2018

It’s not only the SEC that is getting heavier handed with ICOs. Governing bodies around the world have also been shining the spotlight on crypto and token sales. The EU will be discussing how to monitor crypto at the next G20 Summit in Argentina this year, while Japan is also in the process of establishing a regulatory framework for ICOs, in order to prevent scam teams and pyramid schemes.

Not only will these measures apply to Japanese ICOs, but they will extend to ICOs targeting Japanese investors. There are also plans to revise the April 2017 Bitcoin Payment Law. Austria and Germany aren’t staying behind, with plans of clamping down, and India is considering banning cryptocurrency completely, following China’s lead.

Whatever the future holds for ICOs and cryptocurrency, one thing is certain: the activity that was going on behind the scenes is now out in the open and token sales will not go on unnoticed or unobserved any longer.

With the ICO offering expanding almost daily and the top ten raising over $3.7 billion in funding last year, you may be considering making an investment. We’ve all heard stories of ICO overnight millionaires, as blockchain crowdfunding provides an effective way of raising millions of dollars fast. However, as with any investment, ICOs certainly do not come without risks.

Ethereum founder, Vitalik Buterin, controversially proclaimed that as much as 90 percent of token startups will fail. According to Descrow, the first international platform for securing investments in ICOs, it pays to be cautious before parting with your cash. This is a new and fast growing market, and investors can face a lot of problems.

The Main Risks Associated with ICOs

Lack of regulation in any industry goes hand in hand with lack of consumer protection. Being such a new area, ICOs are not subject to formal audits yet. In this somewhat kamikaze landscape, investors may come across scam teams looking to raise funds fast without having a project to follow through on. For a novice investor who doesn’t fully understand the technical talk or how ICOs really work, this is a recipe for losing money fast.

If you’re fortunate enough to invest in a solid project after carrying out some prior research, it’s still possible that you’ll experience some unprofessional behavior when interacting with your ICO team. This is due to the lack of standard practices. While the ICO Governance Foundation has recently launched to tackle this matter, there’s still a long way to go before standards improve.

A further concern when investing in ICOs is its propensity to attract hackers. In fact, hackers stole more than $400 million from ICOs in 2017 alone, raising alarm bells as to the safety of the technology and investors’ money. Moreover, being a decentralized currency, ICOs are prone to hairraising volatility.

With all the hype surrounding bitcoin, many an opportunist investor has placed their money in fast and taken it out almost as quickly, leading to giant fluctuations and bursting bubbles. This was showcased last December when bitcoin’s value reached over $20,000 then crashed shortly after to almost half that amount.

How to Invest Safely in ICOs

Taking the time to carry out due diligence is essential, so be sure to examine the idea behind the project. What’s the ICO team like? Is their plan really viable? What does the white paper say? Is there any real evidence that the project will be carried through to completion?

If you’re still concerned by the many unknowns of investing in this gray area, the cryptocurrency community is starting to come up with solutions and safe platforms to carry out the heavy lifting for you.

Platforms like Descrow are trying to make investing in ICOs safer, with a 5-step model to ensure that risks are minimized. Each project on the platform must present a roadmap, to ensure that the idea behind the project is viable. The roadmap lays out a clear, step by step plan with a schedule and stages to be fulfilled.

To avoid problems with hackers, each project must include safe holding, by which investments are accumulated in the personal accounts of investors, instead of in one common account that could easily be hacked.

Funding can only be secured in installments, when each stage is accompanied by a report of the work done by the startup team, demonstrating that they are putting investors’ money to good use. A smart contract is key to managing each stage, and allows investors to vote for further investments or against them, depending on the success of the work so far.

Finally, Descrow protects investors from scam artists through an insurance policy that allows them to recover as much as 100 percent of their original investment.

Other resources, like the Pareto Network, which motivates unbiased content surrounding ICOs, can help to keep potential cryptocurrency investors informed.

However you decide to make your move into the ICO world, be sure to put in your research. You wouldn’t invest in a company that made square wheels, so why should your judgment lapse when it comes to the crypto space? With common sense and due diligence, and secure platforms like Descrow, you can be a part of the headlines for the right reasons, rather than ending up as a target for scammers or hackers.