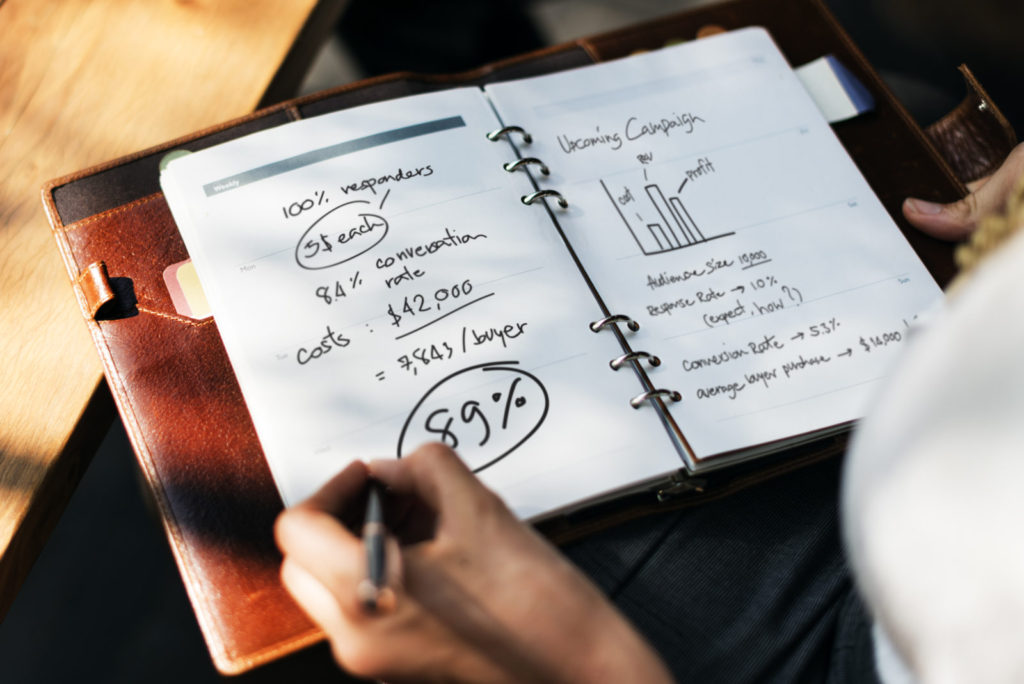 Most hedge funds require a minimum investment and involve some kind of substantial lock-up period. That’s to say, if you want to participate, you’ll need deep pockets and a long term vision. We’re not talking penny stocks or flash-in-the-pan token sales here.

Curious, then, that hedge funds should find compatibility in a space that’s seen so much in-and-out investing until now. Not only does cryptocurrency and the blockchain open up investing for all, but it’s democratizing hedge funds as well.

How Does a Hedge Fund Work in a Token Framework?

Hedge funds within a token framework, like the APEX Fund, resolve issues of liquidity and reduce barriers to investing by making use of a FOF (Fund of Funds). This is a type of investment strategy that holds a varied portfolio of investment funds, rather than underlying assets.

The APEX Fund is tokenized by its APEX token, which is an ERC20 token running on the Ethereum blockchain. Investors can gain access to a range of options previously only in the domain of a privileged few, without raising huge sums of capital. And the lock-up period is removed as well.

Says Apex Fund CEO and Managing Partner, Chris Keshian, “Apex Tokens are freely tradable, meaning that you could trade your shares in the fund when the fund launches. There’s no lockup period. This is different from traditional funds where there’s usually a year-long lockup period, at least, on capital that’s invested. With the Apex Token, shares are liquid from day one.”

“For the most part,” says Keshian, “hedge funds have a high minimum requirement, at least a million dollars, which precludes most of the average investors from participating in these funds. For us, you can have multiple shares in the hedge fund and include a bunch of smaller investors. The tokenized framework allows the democratization of access to these top hedge funds, as any qualified investor can purchase $APEX tokens.”

What Will Make Apex Stay the Distance?

The cryptocurrency markets are changing and investors looking increasingly to the long term. It’s not the all night party and gigantic gains of 2017 anymore and investors need to be more sensible about their decisions. Says Keshian, “Any investor who wants exposure to this asset class is not going to be actively trading, and they aren’t taking short positions in the space. They probably don’t have the technical expertise or the capacity to do that. As this emerging asset class continues to mature, it is becoming harder for the average investor to realize gains, or appropriately select lucrative investments.”

Investors don’t have to use hedge funds, but they provide diversified exposure and expertise in a tumultuous market. “The alternative to just buying and holding crypto yourself is to invest in something like Apex where you’re just holding one token, and that token provides broad, diversified exposure to the leading trading strategies in the space,” Keshian explains.

“Each of these individual funds is shorting, doing arbitrage strategies, or similar things that still make money in a bear market. This exposure makes a compelling case to use Apex, especially when we’re in a bear market. By holding $APEX tokens, investors effectively have their capital managed by professionals, who are engaged with the crypto market full time.”

The first inaugural Block Talk Award nominations are open now. The 2018 Awards will recognize the influencers that are pushing the industry forward through innovation and analysis. Nominations will be accepted from August 13, 2018 to September 1, 2018 at 10pm PT. To qualify, influencers should have at least a cumulative following of 10,000 across social media platforms, or similar readership across relevant blogs and web properties.

Winners in each category will receive a $1500 media credit on The Block Talk, access to a network of TBT Award honorees, and VIP access to TBT events in 2019.

Nominate yourself or your favorite influencers in the following categories: 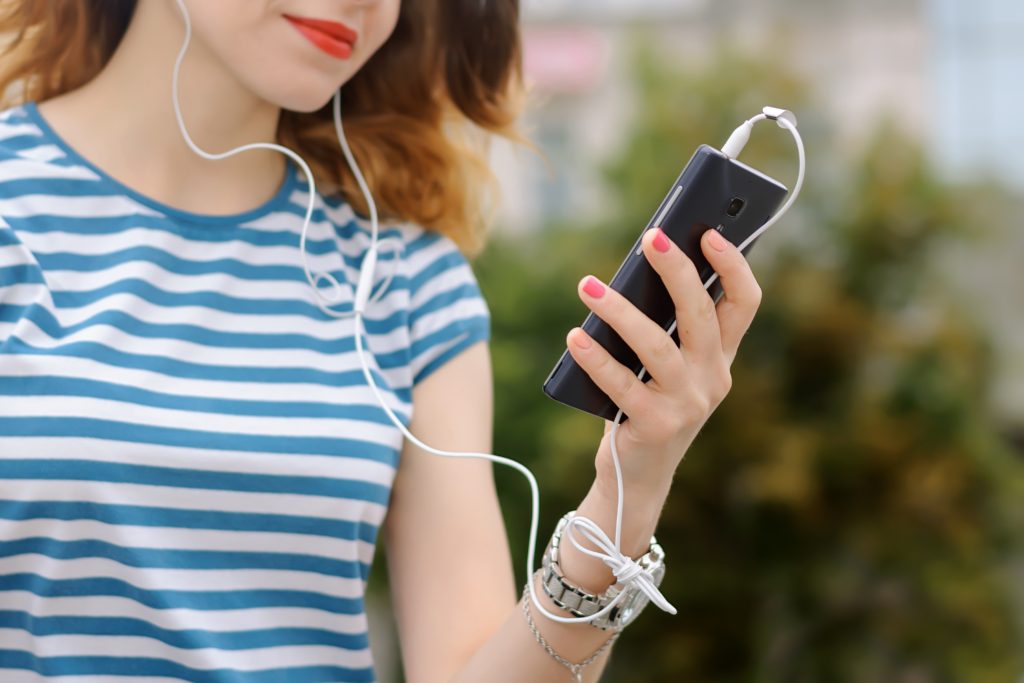 Mr. Cheeks has been producing music since the early 90s, under the mentorship of his late uncle, the legendary Gil Scott-Heron. He started with the Lost Boyz, won a Grammy for his work with Stephen Marley, and has released a handful of solo albums since.

Now, royalties for his singles will be available to his fans, thanks to the blockchain. Mr. Cheeks’ songs will be available on a platform that allows fans and investors to claim a slice of the rights to pop music they believe in. When the song is licensed for use, in advertising or film for example, you, the investor, get a cut.

It’s made possible through an app called VEZT, which is positioning itself to revolutionize the way music relates to money as the world’s “first music rights marketplace.” VEZT partnered with a long time Mr. Cheeks producer, Bink, to offer shares of the song “Lights, Camera, Action” which is currently available on the company’s website.

The Problem of Selling Music

Mixing music and markets is an old problem. How should musicians get paid? Who pays them? What about their support teams? How do we keep track of the flow of money and make sure everyone’s fairly compensated? Among the music world’s financial obstacles, one of the biggest issues is navigating licensing and royalties.

In Austin, for example, one of America’s most proficient music hubs, almost a third of musicians make less than minimum wage, and 70 percent are earning less than $10k per year on their work. That’s below the poverty line even for a household of one. It’s been like pulling teeth trying to get royalties from companies like Spotify, who generate income off their songs. Meanwhile even more expensive lawsuits pile up, or go completely unpursued from lack of funds, as marketers continue to ape good music with copyright infringing fakes. It’s a constant headache for musicians, producers and labels, and it makes it prohibitive to eke out a living in the music world.

Under VEZT’s model, royalties are simple. Music is intellectual property owned by the artist. The artist can sell a portion of those rights to fans, who become investors when they purchase a percentage of shares. Fans and musicians make an agreement to co-own the songs they both care so much about. If you love a song and want to see it do well, you invest. If it does well, you have a share in the artist’s success. Royalties are split based on percentage of ownership.

The concept comes from cofounders Robert Menendez, a former Wall St. financial trader/analyst, and Steve Stewart, an industry regular with entrepreneurial tendencies, whose accomplishments include ushering Stone Temple Pilots to fame in the early ‘90s and managing the band for a decade. They say they founded VEZT as part of a vision to “detangle a lot of the financial problems in the music industry, and connect fans more directly with the music they love.”

And now, they’ve expanded across the Pacific from VEZT’s headquarters in Los Angeles, and opened an office in South Korea.

“The fans of music in Korea are quite possibly the most enthusiastic and active fans on the planet,” says Stewart. “Combine this with a robust tech community and a government leading the way in adopting blockchain technologies and you have a perfect environment for VEZT.”

The ROK’s new legislation legitimizing crypto exchange, Dapps, and blockchain systems will take the peninsula farther into a brave new technological world, where many others have so far feared to tread. Combined with their now-world-famous maximalist pop industry, and it’s not hard to see why VEZT moved in.

Construction recently finished on their new 2500 square foot office in the Gangnam district of Seoul. VEZT has enlisted a host of professionals to their C-Suite, including veterans of major Korean record labels, Kpop producers, marketing and PR executives and, of course, tech experts.

If their model works in Seoul and LA, VEZT could bring a more harmonious rhythm to an industry still trying to find its groove in the digital age. The world needs music, and musicians need to get paid. As with anything blockchain, cutting out some of the middlemen could be the Occam’s razor with the solution. When fans are directly invested in their music, everyone will want to see it succeed.

5 Ways The Blockchain Is Revolutionizing the Art World 24576

Amazon Introduces a Service for Building Your Own Blockchain Networks 19262

How to Mitigate Risk When Investing in ICOs 16308

Making the Swytch to Sustainability 14764