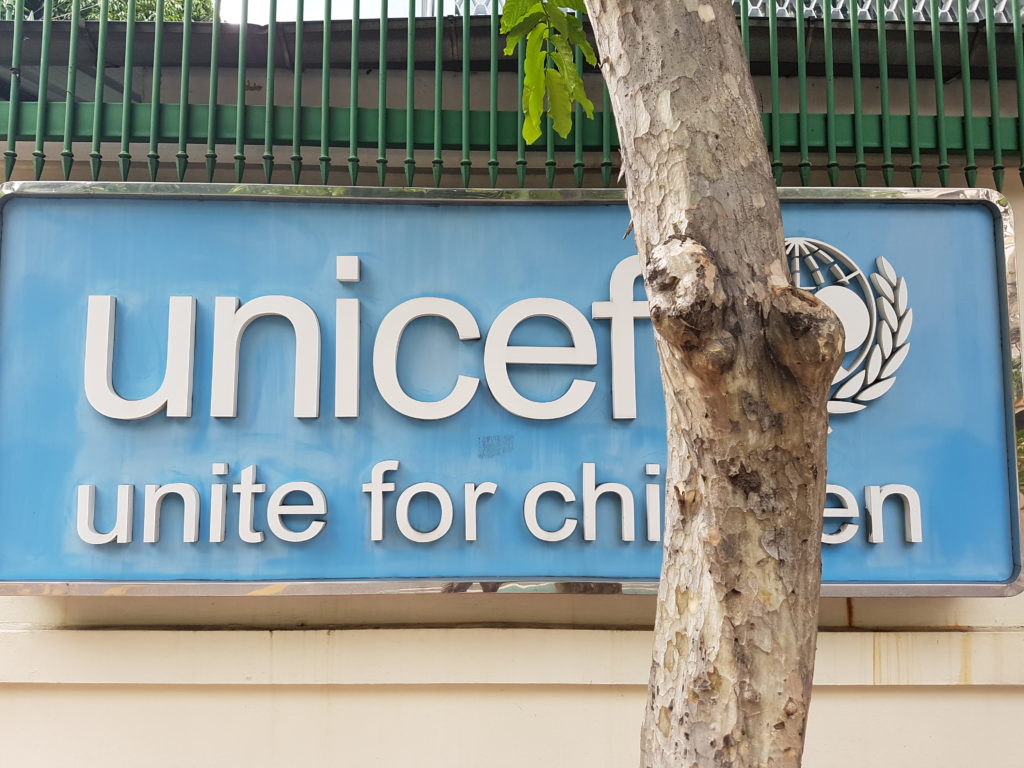 The United Nations International Children’s Emergency Fund is investing $100,000 in blockchain tech. Six startups have won the bid for the funding, and have one year to develop prototypes of open source software that addresses global issues such as mobile phone access, financing for social projects, or healthcare transparency.

Back in January 2018, UNICEF called for applicants, offering tens of thousands of dollars in seed financing to “for-profit  technology start-ups that have the potential to benefit humanity”. They received over 100 applications from 50 countries, and chose the following six to invest in:

Argentina’s Atix Labs is developing a platform for funding small to mid-sized startups in Southeast Asia. The network connects social enterprises in need of funding with financers from all over the world. In their system, funds will be traceable, so it’s clear where exactly they’re used and how much of a social impact they actually end up having.

The problem with social impact financing and traditional crowdfunding, they say, is not access to capital, but transparency between financier and financed. Blockchain is a natural solution.

Mexico’s OneSmart is building smarter cities through a prototype that holds governments accountable for their uses of funds and delivery of services. They site the rapid growth of urban areas as evidence of the need for an updated system of governance.

Their platform, they say, builds a “more trustable public administration but also a very efficient one”. And it benefits governments by allowing them “to have continuous access to new and better data”. Fortifying city administration with clearer, more secure information management will, OneSmart hopes, make for more transparent and accountable government resource allocation.

Prescrypto, also from Mexico, is building a system called RexChain to shift control over sensitive medical data to the hands of patients. It makes prescriptions and health records portable by digitizing them, secure by storing them on the blockchain, and easier for patients to access and share with the doctors they trust because it’s under their control.

They say that “since patients are often treated by many rotating doctors, it is difficult to make relevant and accurate clinical information readily available to many doctors and providers.” This can be especially true in developing countries. Prescrypto also cites the vulnerability of medical information to commercial exploitation as a reason to make it more secure and user-controlled. Decentralizing this information on a secure blockchain, they say, “offers a novel improvement”.

India’s StaTwig is fixing the supply chain behind food and vaccine delivery to make sure resources are delivered efficiently to children in need. Their platform connects everyone in the supply chain—financers, producers, regulators, distributors and consumers—for a transparent process.

Getting food and vaccines to children can be difficult in some places, and efficiency gaps in the supply chain create unnecessary losses of critical resources. “Nearly 30% of all the food goes to waste during its storage and transportation and the number is nearly double for vaccines,” they say of refrigerated (or “cold-chain”) transportation chains. “50%-60% of vaccines lose their efficacy because of cold-chain failures, however,  supply chains account for nearly 80% of the costs of the vaccines.” Their software simplifies and better organizes supply chain data to prevent such failures and losses.

‘A platform to collaborate on initiatives addressing social and environmental challenges’

Tunisia’s Utopixar is creating a social tool to foster collaboration in organizations, communities and other groups facing environmental and social challenges. Utopixar says after the Arab Spring rippled through Tunisia, it became clear that “innovative incentive systems have the potential to engage people to solve local challenges.” Their token system rewards users for partaking in community decision making, or contributing solutions to local educational, employment, or environmental problems. Tokens earned by community participation will be redeemable as cash, or as credit in community marketplaces.

Bangladesh’s W3 Engineers is building a mobile messaging app for refugee camps that uses mesh technology, so it doesn’t require an internet connection. “Refugees deem connectivity to be critical in their daily lives,” they say, “and they are willing to make large sacrifices to get and stay connected, sometimes prioritizing it over essentials like food, healthcare, education, and clothing.”

With a mesh system, paying for internet or mobile carriers is no longer necessary. The more people install the app, the stronger the mesh network. W3 Engineers is hoping to connect the world’s 68.5 million people displaced by violence with access to online healthcare, education, entrepreneurial opportunities, and communication with their loved ones.

Funding the Future of Social Impact

Investments in these companies, UNICEF says, “are part of UNICEF’s larger blockchain explorations of using smart-contracts for organisational efficiencies, creating distributed decision-making processes, and working to build knowledge and understanding of distributed ledger technology both in the United Nations and in the countries where UNICEF works.”

These blockchain startups represent only a fraction of the UNICEF Investment Fund’s tech funding. Their list of 33 financed companies for 2019 so far includes developers of AI, IoT, VR, and extended reality (XR), in addition to blockchain. These efforts apply the latest technology to the problems of the world in most urgent need of solutions. 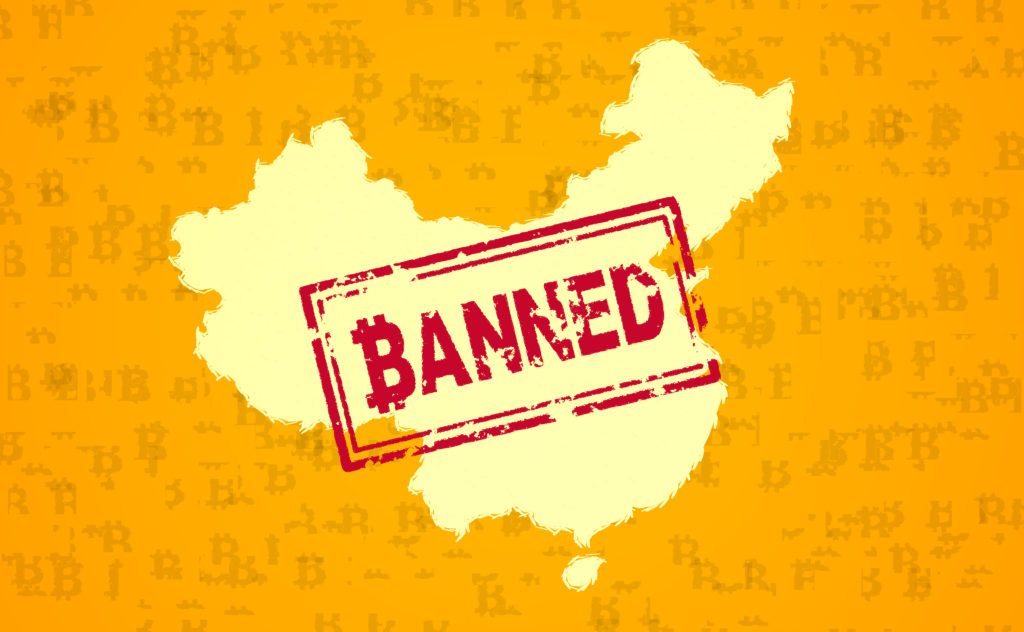 It wasn’t only Bitcoin that took a bashing, either. Ethereum and Ripple were also heavily affected and other cryptocurrencies as well, losing a collective total of $60 billion in just 24 hours. So, what does this mean for the future of Bitcoin, and could this be the start of the bursting bubble that so many analysts predicted?

You have to admit, it doesn’t look good on paper. While the threat of China banning digital currencies has long been looming overhead, the crackdown previously only applied to domestic cryptocurrency exchanges. But yesterday, the central bank announced its intention to block all cryptocurrency trading platforms, including the issuing of ICOs. Moreover, China’s infamous “great firewall” will block all cryptocurrency websites as well.

It’s still unclear whether India will follow suit, although the country’s Finance Minister, Arun Jaitley reported that the country aimed to “eliminate” usage of all digital currencies. With nothing certain as of yet, and lack of government action, a full ban is not anticipated any time soon. Moreover, India is currently a minor player in the cryptocurrency world. There are greater, more pressing threats to deal with.

One of the issues that has repeatedly hampered the widespread adoption of Bitcoin is the sticky matter of regulation. The success of the digital currency is largely tied into the banks’ reaction to it, and now they have dealt Bitcoin a further blow by starting to restrict the use of their services for buying cryptocurrencies.

Lloyds Banking Group, a major UK lender, said on Monday that people would no longer be able to buy cryptocurrencies with their credit cards. This announcement comes on the back of US banks, J.P Morgan Chase, Citigroup and Bank of America, who implemented the same policy the week before.

With all eyes on Bitcoin, Ethereum and Ripple, cryptocurrency, Tether, may have fallen under the radar, but it’s a silent and potentially deadly threat. What’s so special about Tether? Tether tokens are tied to the dollar, with one token equalling one dollar. And the largest exchange in the world, Bitfinex, has been steadily increasing supplies of Tether in the last few months.

But with the 1:1 ratio, Bitfinex has been accused of not having enough reserves of dollars to issue Tether tokens. Moreover, because of Tether’s dollar value, the price of cryptocurrencies like Bitcoin could have been inflated, as investors have been buying with Tether and not with actual US dollars. What does all this mean? If the accusations are true and Bitfinex doesn’t have the dollar reserve to support the amount of Tether tokens in existence, things could get pretty ugly.

Is There Any Hope For Bitcoin on The Horizon?

That depends what angle you examine it from. There are still some analysts positive about the ailing cryptocurrency future. Wall Street’s Tom Lee, the only major strategist to issue Bitcoin price targets, commented that this major low for Bitcoin represents the biggest buying opportunity of this year. He further issued a report maintaining his target price of $25,000 for Bitcoin.

Saxo Bank analyst, known for predicting the crypto rally at the start of 2017, Kay Van-Petersen also told CNBC that he believed Bitcoin could still hit between $50,000 and $100,000 this year.

Whether these figures are to be believed or not remains to be seen, but one thing is for sure. Crypto investors and ICOs will be biting their nails around the globe as the roller coaster gets set for further intense highs and lows.

5 Ways The Blockchain Is Revolutionizing the Art World 23577

Amazon Introduces a Service for Building Your Own Blockchain Networks 17217

How to Mitigate Risk When Investing in ICOs 14711

Making the Swytch to Sustainability 14432