Photo by Kelly Sikkema on Unsplash

We need a new internet. This HTTP stuff is left over from the ‘90s. It’s corporate controlled in the post neutrality world, susceptible to government censorship, inaccessible to many with nearly half the world’s population still unable to connect. It increasingly needs a more streamlined makeover.

Or at least a little house cleaning. How many apps can we possibly have? How many passwords and accounts? How much content can we cram in here? What do we do with the ever growing graveyard of dead links, old MySpace accounts and cat memes, to say nothing of the emptying, generic cruise ship we call Facebook drifting steadily away from relevance? One possible answer: clean the slate. Start again. This time with something more efficient.

By some indicators, blockchain could be the thing to supplant the internet as the de facto way we create, communicate and store data. But how will we see it widely implemented without it first becoming more user friendly to the layperson? SMBs and entrepreneurs don’t necessarily have a background in programming, nor have the skills to set their business up on the blockchain. Learning to program or hiring a team of blockchain devs isn’t always within reach to the average SMB, to say nothing of individual artisans or small nonprofits.

By contrast, consider how easy it is to start up a website. You can do it in a few hours, thanks to software platforms that make it easy. You get your URL from GoDaddy, a visual template from WordPress or SquareSpace, who also might bundle in your ecommerce space if you haven’t set that up with Shopify already. It’s because of these SaaS and PaaS third parties that we can web.

If we want to go blockchain, we’ll need a third parties like these to help facilitate it. So where are these platforms? Who’s building them?

Well, Eric Tippetts, for one. Tippetts expects the 2020s to see a shift to blockchain much like the 90s shift to the information superhighway and the 2010s shift to mobile. To speed things along, his company NASGO has created a toolkit called BlockBox, the goal of which is to be the ‘GoDaddy of blockchain’ so people and businesses can start building.

Through BlockBox, which Tippetts cocreated with a development team, you can find and secure a blockchain domain address, like you would with a URL, adapt your existing website for blockchain, and create a custom token. Instead of having to wrap your head around lines of code or hire a dev team, it just takes a couple minutes and a couple hundred bucks.

Tippetts describes NASGO itself as “a decentralized hosting environment that allows content to be seen in every part of the world, opening up blocked boundaries for communication and collaboration.” It also includes a platform for decentralized apps (DAPPS) that could compete with Apple and Google’s app stores.

Their website repeatedly emphasizes the deregulated nature of the product, ostensibly gearing their platform toward the “businesses, developers and consumers” of a sharing and open ecommerce.

A Platform for Public and Private Good

Amber Baldet’s company Clovyr has similar goals, but with a distinctly different tone. She wants people to use their DAPP platform to “build the systems we want to see in the world.”

Baldet left JP Morgan Chase, where she was hired to spearhead their out-of-character blockchain experiments, to found her startup. She recently testified before congress about blockchain regulation and the importance of protecting human rights and privacy early on, while the technology is still in its infancy.

She says that there needn’t be a divide between public and private interests when it comes to blockchain. “It’s very divided, the people that are building things for public chain and people that are building things for ‘permissioned’ or business enterprise kind of chains,” said Baldet in an interview with Fortune. She says that nomenclature isn’t helpful, “because it creates this kind of animosity where we’re saying that big business is on one side and the people or the proletariat are on the other side, when really it should just be about information residing where it makes sense and creating security boundaries that are logical.”

In a way, the blockchain is a platform much like the internet itself, a canvas available for anybody to use, whatever their interests and intentions are.

So whatever direction the blockchain internet-nouveau of the future takes, if that’s really what we’re in for, people like Tippetts and Baldet are the architects of its structure. It’ll be up to the rest of to fill it up with content. Hopefully good content. Bring the memes, leave the corporate derelicts. 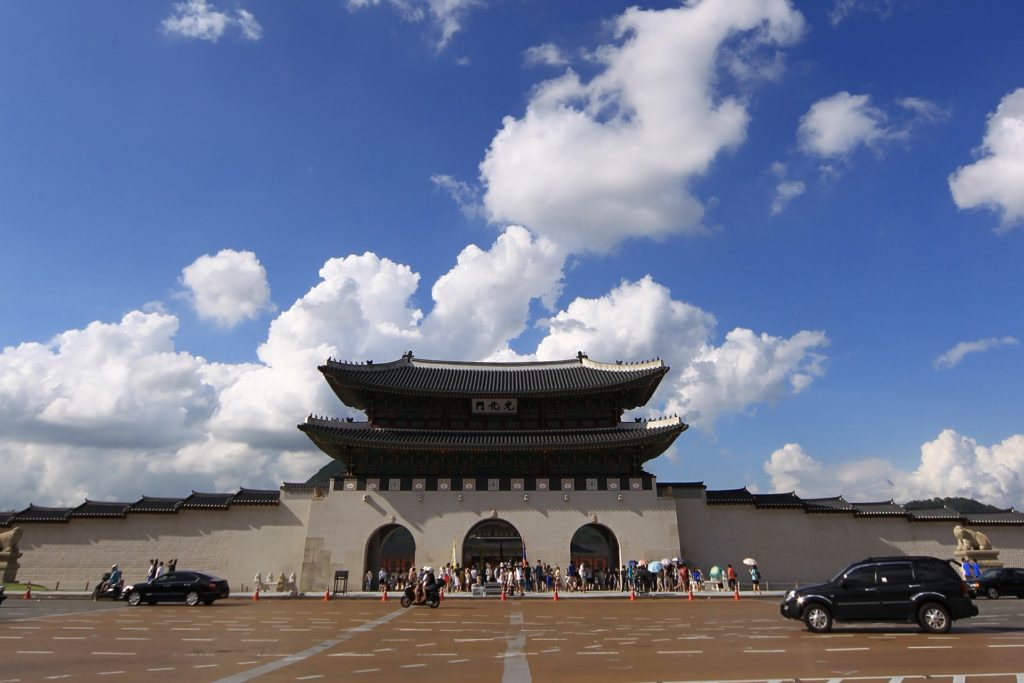 South Korean officials are developing a blockchain based voting system, scheduled for completion by the end of the year. Naturally, it’s called K-Voting.

An election watchdog called the National Election Commission, along with the Ministry of Science and ICT, started developing the system in June in pursuit of a more reliable and secure online voting system. The ministry hopes the transparency of the blockchain will prevent any tampering with election results, because anyone, including the candidates, can see the data and vet the results themselves.

The launch will begin by testing the system with lower-stakes trial runs, like surveys. After assessing the results of the trial runs, the ministry and the NEC will launch the full version of K-voting, which will use the blockchain throughout the entire voting process, from voter authentication all the way through tallying election results.

“We expect the blockchain-based voting system to enhance reliability of voting,” said ministry official Kim Jeong-won. “The ministry will continue to support the application of blockchain technology to actively utilize it in areas that require reliability.”

This isn’t the first time South Korea has used blockchain for voting. Last March, citizens used a voting platform developed by Blocko to decide how to prioritize community projects in the local budget. The blockchain election took place in Gyeonggi-do, South Korea’s most populous province, which surrounds Seoul and is home to many federally administrative buildings including the Ministry of Science and ICT headquarters. With 9,000 participants, the vote was smaller in scale than what the ministry hopes to implement now. But the success of the project boosted confidence in the potential of the distributed ledger for regulating and securing online elections.

“Blockchains will change the world within a few years just as smart-phones did,” Gyeonggi-do Governor Nam Kyung-Pil said at the time. “We can complement the limits of representative democracy with some direct democracy systems by using blockchains, the technology of the Fourth Industrial Revolution.”

“Numerous institutions have contacted us to adopt a blockchain-based voting system after the voting in Gyeonggi-do,” said Blocko CEO Won-Beom Kim following the success of the project. “By using a blockchain technology in online voting, we can save expenses required to maintain a central management agency and time to collect vote results.”

For this year’s midterm elections in the US, West Virginia introduced a blockchain-based app to replace absentee ballots. The app was specifically geared towards West Virginia residents serving overseas in the military.

Around 144 West Virginians in 30 different countries apped in their votes on the platform, which was developed by Boston-based startup Voatz. West Virginia reported the experiment as a success. “This is a first-in-the-nation project that allowed uniformed services members and overseas citizens to use a mobile application to cast a ballot secured by blockchain technology,” West Virginia Secretary of State Andrew “Mac” Warner said following the midterms.

Despite the professed success, Warner’s Deputy Chief of Staff Michael Queen told the Washington Post they have no plans to expand the project, and “will never advocate that this is a solution for mainstream voting.”

The Precedents Are Set for ‘Direct Democracy’

But West Virginia has set a precedent, and now blockchain voting has a foot in the door Stateside. A bolder election-by-blockchain enterprise like South Korea’s K-Voting could inspire change in the States where election reform is desperately needed. If K-Voting takes hold, it could change the face of democracy worldwide. 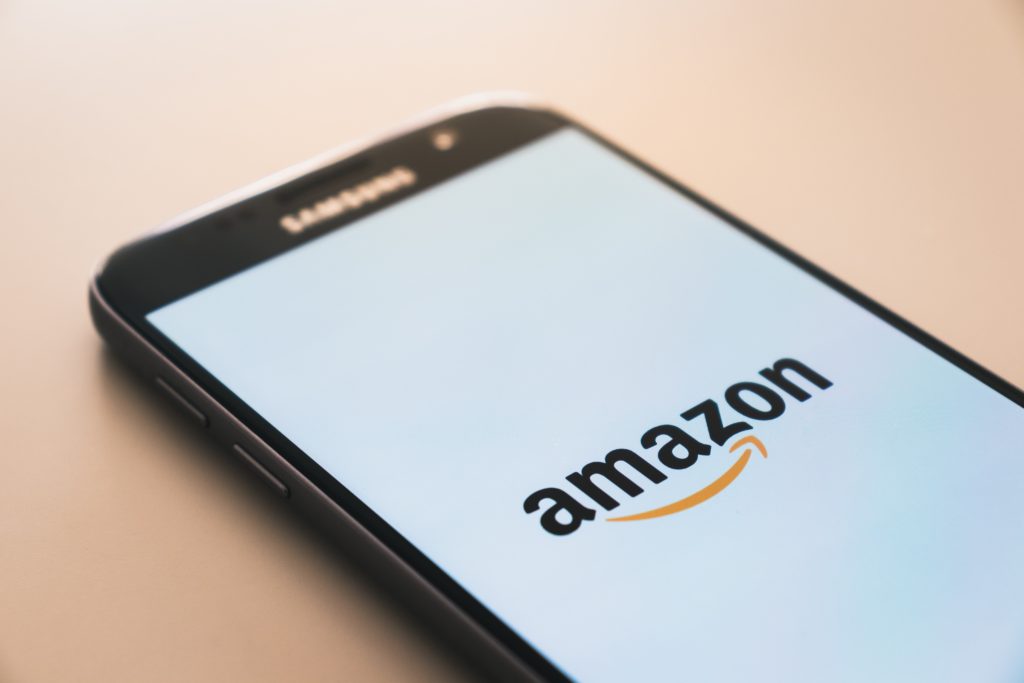 Ah, what a year. Bitcoin, which dipped below the $4,000 mark this week, has lost more than three quarters of its value over the course of 2018. Crypto has had a rough go this lap around the sun. But as the end of the year approaches, the ‘blockchain not bitcoin’ bandwagon is still going strong.

Despite some negative headlines criticizing blockchain’s inability to keep up with or deliver on the hype, blockchain as a service (BaaS) continues to find courtship with leading tech giants.

Amazon Web Services, or AWS, has just announced their own fully managed blockchain service, Amazon Managed Blockchain. They say it “makes it easy to create and manage scalable blockchain networks.” And it could be the push that brings the powerful potential of distributed ledgers to the layperson “with just a few clicks.”

Setting up a blockchain network independently requires a lot of costs, labor, equipment, and expertise. BaaS platforms like Amazon Managed Blockchain cover all those bases for their subscribers, and simply give you the tools to build a distributed ledger for your business.

Amazon’s Not Resting on its Laurels

Despite being a nightmare for working people with hair-raising reports of foul and dangerous working conditions to salt the wounds opened by their low wages, and despite pushing for widespread gentrification in the Bronx with the opening of its “extremely concerning” HQ2, to the outrage of local communities, Amazon is coming off of a killer year. They followed their 2017 possession of Whole Foods with Jeff Bezos’ coronation as the wealthiest anything anywhere ever. And AWS CEO Andy Jassy seems confident that the momentum will keep up.

“We don’t build things for optics,” he said at the re:Invent conference, which AWS hosted in Las Vegas. He says that AWS, which represents 9.8 percent of Amazon’s total revenues, is a $27 billion business growing 46 percent year-on-year. But despite the size of the company, he said “it’s still relatively early days.”

Early because blockchain still hasn’t taken a form that the public can use as freely and easily as, say, the internet. A Cowen report projected widespread blockchain implementation is still 5.9 years away, based on a survey of industry leaders. “We’re still in the early stages of the meat of enterprise and public sector adoption in the US,” Jassy said, adding that he considers other countries to be 12 to 36 months behind.

Amazon Managed Blockchain is built on Ethereum and Hyperledger Fabric. It’s not the first of its kind. IBM also uses Hyperledger Fabric for its BaaS, and Microsoft offers Ethereum-based BaaS on Azure, its cloud service. What is Amazon bringing that these companies aren’t? We don’t really know yet.

But in addition to Amazon Managed Blockchain, AWS introduced the Amazon Quantum Ledger Database, a “fully managed ledger database” that “allows you to easily analyze the network activity outside the network and gain insights into trends.”

The ledger database works in tandem with Amazon Managed Blockchain to document businesses’ blockchain activity. Together, these tools could be the thing to finally kick blockchain into the mainstream.

5 Ways The Blockchain Is Revolutionizing the Art World 28830

How to Mitigate Risk When Investing in ICOs 24825

Bitcoin Uses As Much Energy As Austria, Could Add 2°C to Earth’s Atmosphere 17538