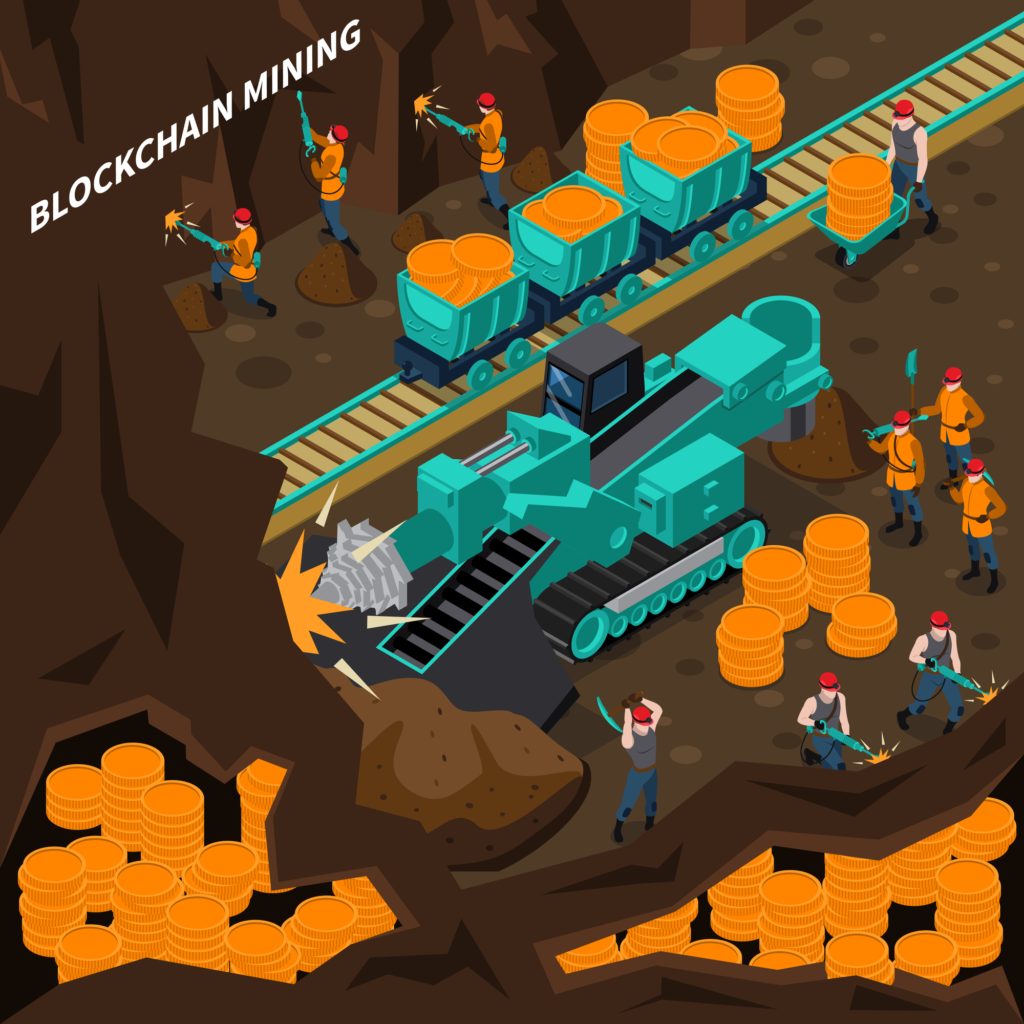 If you thought that cryptocurrency was all about financial markets, economics, and decimals, think again. With blockchain technology finding uses in just about every industry, we’re seeing a ton of creative ICOs cropping up. These aren’t just for buying and selling, transferring money and avoiding transaction fees. Check out the following creative ICOs using the blockchain for fun and games.

Core Network caters to the growing mobile game market, which rose by nearly 20 percent in the US in 2017. What distinguishes Core from the scores of other gaming ICOs already out there? It’s blending sports, entertainment, and betting to “create a new level of events.”

It’s also been established using award-winning technology by a leadership team of sports enthusiasts. And it’s gaining traction with Hollywood influencers, too. Lindsay McCormick, Rob Horry, and Sommer Ray and just some of the movers and shakers involved in this fun platform. Core is also developing the AR gaming space and using cryptocurrency to build a rewards network for game players, advertisers, and third party developers.

Through the blockchain and mobile game technology, Core connects influencers, brands, and audiences directly, bringing two mammoth markets together (mobile advertising, set to reach $244.57 billion by 2022, and mobile gaming, valued at $108.9 billion in 2017). Moreover, the coin is a true utility, as it’s used in games as rewards.

Worldopoly claims to be the first strategy game on blockchain and AR, and it’s certainly a game for the most avid of gamers! Implementing geopositioning, augmented reality and the blockchain, users can walk around in the real world and create virtual houses, real estate, and even entire cities! When each building is ready it generates revenue and opens up new opportunities.

Just like in the real world, you can renovate or upgrade your building, or put it up for sale. You can even join forces with other players to finance large scale real estate projects. And of course, using cryptocurrency, you can be rewarded with actual funds, rather than just virtual gems or stars.

FireLotto, as the name suggests is a lottery built on the blockchain. It’s every bit as simple to understand as a regular lottery (and hard to win!) and it’s build on Ethereum smart contracts, which means that all winnings are automatically paid out after every draw. Prices for lottery tickets start at $7, and you can access a ton of fun lottery games, and also play on any device without downloading an app.

You can earn money through referrals that are completely transparent and get up to 15 percent off the ticket price for each one sold. Depending on how many users take part on a given day, the prize money can run in the millions of dollars. And the best part? Thanks to the immutability of the blockchain, no winnings or tickets can be falsified.

While it remains to be seen how long these creative ICOs will stick around and whether they’ll go the distance, one thing is for certain–it makes a change to see teams collaborating to have some fun and games at work!

core networkcreative ICOsfirelottoicosworldopoly
Previous ArticleCyber Crime: Man-in-the-Browser Attacks Are On The RiseNext ArticleWant to Become an Expert? Check Out These Cryptocurrency Resources 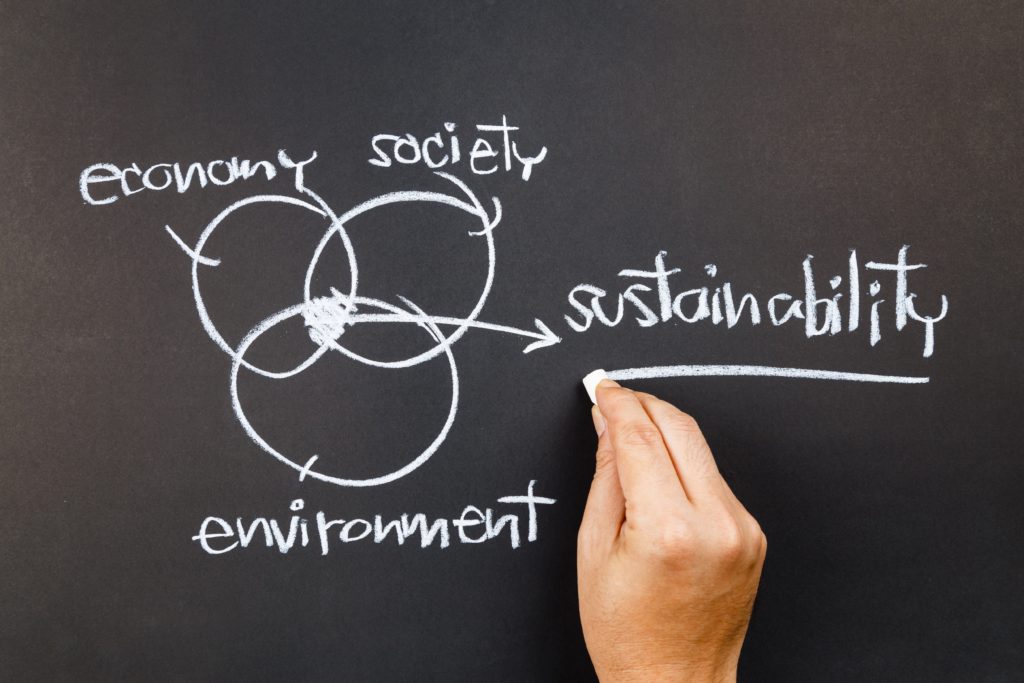 You might think a US President installing solar panels on the White House would signal a sea of change in renewable energy, but with Jimmy Carter’s loss in the 1980 election, the panels came down and haven’t been up since. It’s puzzling that an industry that has the potential to save the planet isn’t thriving, even after decades of development. Especially when one considers how much the technology has improved, with renewables set to be cheaper than fossil fuels in a few scant years.

The reasons behind this are numerous. Many governments remain suspicious of the technology, no doubt thanks to strident lobbying by the fossil fuel industry. When governments have taken action, as with the US under President Obama, the results fell short of admittedly lofty expectations. And the country’s CO2 emissions are set to increase 1 percent in 2018 after a brief period of decline.

However, even the most effective government in the world would find it hard to push the planet into a greener tomorrow. Governments only hold sway over the land within their borders, and even if a major player like China enacted sweeping reforms, it would do little to change matters in the rest of the world. Blockchain technology is uniquely poised to organize global governmental efforts, thanks to its inherent data security and decentralization.

“The main purpose of blockchain in governance, at least in its current guise, is data integrity,” says Jon Martindale in Digital Trends’ “Blockchain Beyond Bitcoin” series released this week. “If more government entities can rely on the integrity of data from partner agencies, then sharing information should make many facets of government more efficient, while also improving security,” Martindale continues.

If we’re going to see a fundamental shift in world energy production, a system that transcends local governments by democratizing data and adding efficiencies offers a significant step forward.

“It turns out that much of the world agrees that we need a reduction of carbon – that’s what cities, countries, and corporations like Microsoft want to achieve. But it’s a very tough objective function for the world to solve for, because if you think of the incentive structure – it’s local – it can’t be traded across geography, so it’s inefficient and temporal,” says Evan Caron, Co-Founder and Managing Director at Swytch, a blockchain platform that verifies and rewards the production of sustainable and renewable energy.

How Green is Our Valley?

Swytch solves one of the most significant factors in lagging renewable energy adoption – the lack of a global and easily tradable incentive mechanism.

The tokens are ERC20 compliant and can be converted into fiat currency, other cryptocurrencies, or invested into other renewable projects. In a way, Swytch is the opposite of Bitcoin. Instead of using proof of work, which generates an obscene amount of CO2, Swytch uses proof of production, rewarding reductions in carbon emissions.

The incentive model is scalable, too – everyone from homeowners with solar panels on their roofs to heavy industry leaders able to take part. Entire cities are on board, including six in South Korea, as well as parts of Austria and Germany.

Another issue plaguing renewables is the lack of comprehensive, trustworthy data. It’s currently difficult to gauge where the most energy is being produced and what types of energy is most efficient.

Swytch is seeking to change that through its data collection feature. Every bit of information gathered from energy producers will be made publicly available in order to provide a shared, objective system that anyone can learn from.

As Evan notes, “Anyone in the power business realizes that the more good data there is, the better the whole system is. The data that’s out there is not that great – it comes in slow increments. What we’re betting on is that people want to share the data and if they’re getting compensated for it, they want to do it even more.”

While Swytch’s data aggregation techniques have the potential to revolutionize how information is gathered and shared in the renewable energy market, it’s the platform’s ground-up incentivizing structure that has the most disruptive potential. Through tokenization and the blockchain, Swytch can do what others have not – transcend borders, local politics, and the lingering power of oil and gas conglomerates to bring the world closer to 100 percent sustainable energy. 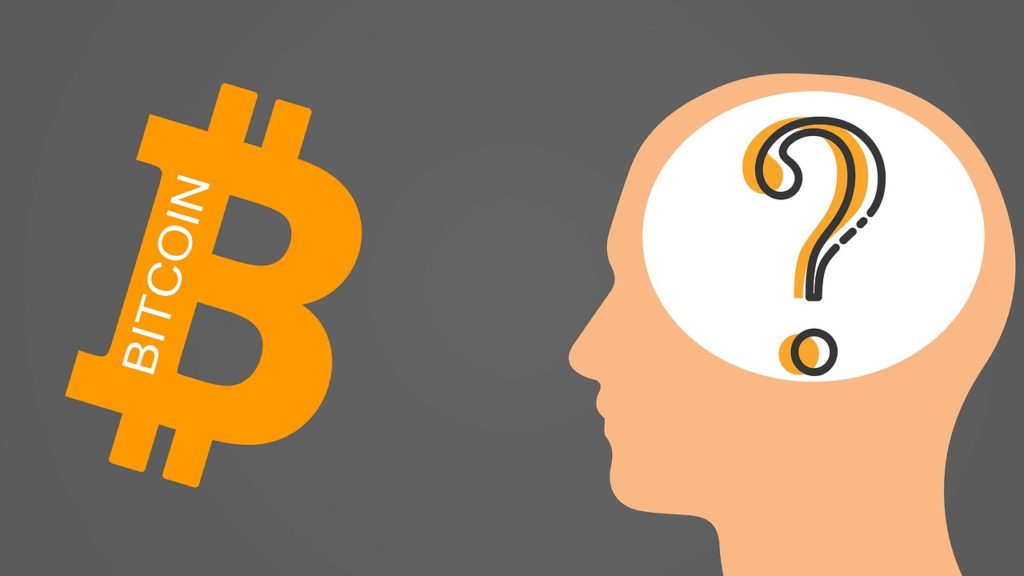 The crypto world is in a constant state of flux. Innovative ICO after innovative ICO appears. Markets rise, markets crash. And as each day goes by, the crazy, hair-raising ride that is cryptocurrency becomes decidedly more interesting. Its abundant vocabulary becomes richer as well, and new crypto buzzwords crop up daily.

To really understand the ins and outs of this complex ecosystem (can anyone fully claim to do that?) you’d need an encyclopedia updating in real time. But, just to get you started, here’s how to hold your own in any cryptocurrency conversation.

These are the top 9 crypto buzzwords you need to know:

Well, obviously, Bitcoin tops the list of crypto buzzwords. In fact, the vast majority of people automatically think of Bitcoin when they hear the word ‘cryptocurrency.’ Emerging shortly after the financial crisis, in 2009, you can read more about the ideology behind Bitcoin here. But, know this: If you don’t have this word down pat, you can’t even think about talking crypto.

The second largest cryptocurrency after Bitcoin, Ethereum in theory is not in competition with the world’s most famous digital currency. Running on its own blockchain, Ethereum supports apps and trade through a system of smart contracts.

Dabble a little in crypto and it won’t be long before you’re hearing about the technology behind digital money–the blockchain. Actually, generating cryptocurrency is just one use case for blockchain, since the technology can record any information and keep it safe and immutable on its decentralized system.

We’re still discovering just how many uses this new technology has, but it’s widely considered the most disruptive technology since the internet.

This is the technology applied to all transactions in the blockchain. It’s essentially a process of scrambling information, making it unreadable, and allowing transactions to be kept anonymous.

While it sounds like a raw fish dish, Satoshi is actually the smallest fraction of a Bitcoin that you can buy. It’s also the first name of the suspected inventor of Bitcoin, Satoshi Nakamoto, (although this is something he denies).

This term is used a lot and is a good indicator of how large a cryptocurrency is. You basically take the total supply and multiply it by the price to figure out its dollar value.

Beyond flashlights and hard caps, mining in the crypto world refers to the computational process of generating cryptocurrency on the blockchain. Each computer in the network uploads its power, and miners are rewarded for their efforts in digital currency.

A “hash” is a computer program that basically takes any information and turns it into a set of numbers and letters of a certain length.

Soft forks, hard forks, the concept is basically the same. Forking is when there is a split in the digital recordings on the blockchain, usually used to right a wrong, such as the hacking attack on Ether in 2016.

While you may not claim to be an expert after grasping these basic crypto buzzwords, at least you won’t look blank when you hear them thrown about in the office. From mining and hashing to forking and cryptography, little by little you’ll hold your own in the cryptocurrency world.

5 Ways The Blockchain Is Revolutionizing the Art World 23557

Amazon Introduces a Service for Building Your Own Blockchain Networks 17213

How to Mitigate Risk When Investing in ICOs 14688

Making the Swytch to Sustainability 14422